Of Course I Know What My Dog Is Thinking?

4  
By Zoe Inglis Posts
We all like to think that we know what our dogs are thinking, right? When fluffy looks at us with his head cocked slightly to the side, we just know that he’s thinking about how much he loves us. It has nothing to do with the turkey sandwich that we’re holding a little farther from the table than might be smart. It’s a straight up fact (one supported by behavioral science) that humans tend to assign emotional attributes to our dogs that maybe they don’t quite deserve.

Really, what harm does that do? Most of the time, it doesn’t. The problem is when we start assigning behaviors to our four legged friends that misconstrue the way that they’re responding to novel stimuli.

As part of year two studies, I’m up to my elbows in my research paper, examining the prevalence of “antisocial behaviors” in dog breed groups. If that sounds complicated, don’t worry, because it’s not. All I wanted to know was whether or not the common misconceptions about aggression and certain breeds, were tied into reality or not.

With Club K9’s help, I was able to get the data I needed to examine dogs determined to possess antisocial behaviors (dominance, leash aggression, etc) and to evaluate whether or not they belonged to the groups one would expect. If we listen to the media, you’d expect that most of my problematic dogs would be German Shepherds, Pitbulls and other larger working dogs and those of the terrier breed group (staffies, etc). This was not the case.

To ascertain this, I ran a chi squared test on my data points. For those of you with little to no statistics background, fear not! It’s pretty simple. In my population of dogs, I looked at how many belonged to each breed group (I used AKC groups for simplicity and to remove arbitrary assignment) and then how many of that group belonged to each behavior. So, if I had 100 dogs and 32 of them belonged to working dogs, then my expectation (from a statistical standpoint) is that 32% of dogs exhibiting each behavior will be working dogs. Variation from this is what we look at and by calculating the difference between these expected and actual values, we can analyze significance.

The value that these differences need to exceed to be considered significant is predetermined, based on the sample size and how sure we want to be. A typical way to do this is to aim to be 95% sure, meaning that 95% of naturally occurring data falls into the values that we have. It also means that 5% of the time, these values may not represent the truth, but as far as research and behavioral science is concerned, this level of confidence is pretty dang good.

I ran the test on my dataset overall to see if there was enough variation to even defend my theory that there are possible breed group and behavior associations. With a statistically significant value, I ran residuals on each breed group and behavior combination (which is effectively an individual chi squared test) to determine which ones varied enough to be considered correlated and not just a simple naturally occurring variant in a population.

So, what do you think I found? Think about what you know from the media. Think about what banned breeds laws tell you and what you hear from your friends and family about which breeds are “dangerous” or “aggressive.”

Do you have it in your mind? Are you ready?

I won’t tell you what I did find (the paper isn’t finished yet and my final results have to be examined and signed off on by my senior project advisor) but once the whole thing is finalized, I’ll be giving Club K9 first access!​

What you do need to know is that according to my study, no individual breed group was more or less likely to exhibit what I deemed to be “unprovoked aggression.” Sure seems to counter what the media says, huh?

The importance of this goes back to what I was talking about earlier though, with the assignment of behaviors to dogs that don’t match what they’re actually feeling. In all the literature, overwhelmingly, the consensus is the same: the majority of dog bites happen to small children and the majority of them happen because children are unable to accurately determine when dog behavior is fearful and retreating. The crazy part? There’s effectively no difference in the occurrence of bites when an adult is present or not because … we’re actually not great at reading our dogs!

Studies show that we focus so much on the facial expression of our animals (eyes, nose) that we completely disregard some major markers: tail position, lips, ears, body position. Routinely adults being asked to evaluate dog behavior looked at animals exhibiting discomfort or fear and misconstrued it for playfulness or being calm.

It’s no criticism, but it does point out that we need more comprehensive understanding of what our dogs are actually trying to tell us. Many dogs relinquished to shelters for exhibiting “aggression” were cited as having growled or snarled when a stranger approached, if someone took their food away or a toy, or leaned over them. From my time working with dogs, I’m not surprised by any of that. Guarding behaviors aren’t necessarily great (especially if you have small children) but they aren’t a predictor of any kind of dangerous aggression. I’d be nervous too if a complete stranger approached me without knowing the context. Most often, a dog snarling or growling at a new person doesn’t intend to harm but is giving them a fair warning that they’re uncomfortable and don’t want the approach to continue.

Dog behavior is incredibly nuanced and the research can agree on one thing: we need to educate ourselves more. We need to stop thinking our dogs are happy because they “smile” when this can actually be an appeasement behavior and indicating discomfort. We need to stop thinking that our dogs like being hugged by overzealous small children, simply because they don’t react, when in fact their body language screams “get me out of here!”

The reason dogs make such good companions is because of their incredibly social adaptability. That doesn’t mean that we should be treating them like humans. It’s unfair to them and it’s also disappointing to us as owners.

Zoe Inglis / About Author
Zoe is a fourth year vet student studying in London and a former Club K9 employee. She joined our team after graduating with her MBA from Cal Poly San Luis Obispo and remained on staff for three years before leaving to focus on vet school full time. Her main focus of study is farm and equine, but she uses her education to keep us supplied with blog posts on up to date information regarding dog health and welfare! She even used her time at Club K9 to help with her research project into antisocial behavior in dogs. If she's not studying or writing her blogs for us, you can catch her zipping around on a horse, hurtling towards large fences.
More posts by Zoe Inglis

My dog isn’t sick; they’re safe to be with other dogs, right?

We tend to fear the things that we don’t know; death, aliens, our new neighbors – it’s almost a rite… 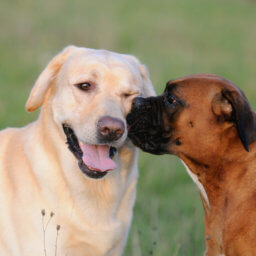 “Recently, the UK has seen the rise of a campaign known as Ask to Pet. It’s an attempt to bring… 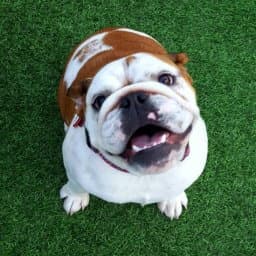 Don’t we all get bloated sometimes?

When we think about bloat, generally one thing comes to mind: the sensation we get after Thanksgiving dinner when we… 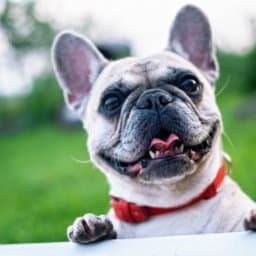 What does the flu have to do with Kennel Cough?

You know what really sucks? The flu. We’ve all been there. One minute you’re feeling great, until all of a…